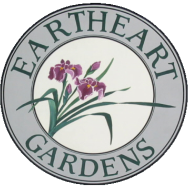 In 2003 Nina Alexeeva collected seeds from the wild in 9 regions of Eastern Russia. An account of her adventures entitled “Irises in Primorje” was published in the fall 2006 SIGNA bulletin #77. Nina sent ensata seeds to Jim Waddick who in turn sent them on to Jill Copeland in Michigan (Zone 5), Phil Cook in Vermont (Zone 4) and Sharon Whitney in Maine (Zone 5). Each of the three recipients grew on the seeds and later made selections: the earliest blooming flower, a 6 fall flower and a flower with cream-colored signals. The ensata with cream-colored signals has been named and introduced as ‘Nina Alexeeva.’
After ten years of enriching and resting the soil around our pond, we created new beds to hold selections of Japanese iris from Russia. Located in the same area, you will find Sharon’s seedlings developed by using pollen from Russian selections with modern ensatas. We are particularly excited to share these new cultivars.
Eartheart Gardens continues to offer all of Currier’s Japanese Irises as well as introductions by John White, Lee Walker and Sharon Whitney. 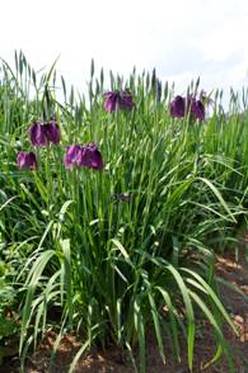